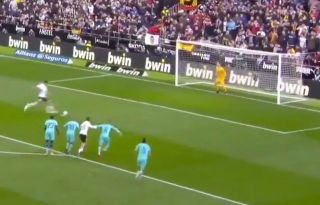 Barcelona goalkeeper Marc-Andre Ter Stegen has served the Blaugrana significantly well in his time as the Catalan giants’ number one.

In the frantic and tight game against Valencia in La Liga on Saturday, the German shot-stopper once again showed why he is so vital to Barcelona’s cause this season with a superb penalty save to deny Valencia’s Maxi Gomez from the spot.

Ter Stegen dived correctly to his left to thwart a well-struck penalty from Gomez to deny the Uruguayan from opening the scoring for Valencia.

The German goalkeeper once again came up trumps by helping save Barcelona from going 1-0 down in a cagey affair at the Mestalla, although Gomez eventually found a breakthrough to put the pressure on the visitors.