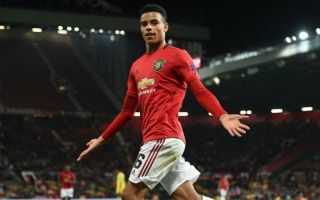 According to the Sky Sports Statto Twitter account, after putting away his penalty in the Red Devils’ FA Cup romp at Tranmere, he became – at 18 years and 111 days old – the youngest United player to score 10 goals for the club since Norman Whiteside in 1984.

Greenwood has burst onto the scene in much the same way as the Northern Irishman did back in the day, and it’s surely only a matter of time before Ole Gunnar Solskjaer offers him a more regular starting berth.

Those 10 goals have come in just 34 first-team appearances, many as a substitute, and with Marcus Rashford out for the foreseeable future, Greenwood not only offers goals and quality in his movement and understanding, but also the lightning quick pace that marked the England international out for greatness ever since he took his own first steps at senior level.

Of course, there’ll be bigger challenges than scoring a penalty against Tranmere, but all in all Greenwood has made a hugely exciting start to his United career.