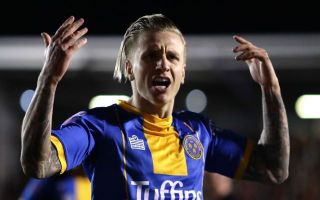 It really is difficult to have any sympathy with the bigger clubs when it comes to their moaning about the FA Cup and trying to abolish replays.

There’s been plenty of talk about removing replays from the cup this week, but it’s also coincided with a report from The Telegraph which said that the Champions League could be expanded to include extra games in the season, so it’s obvious that it’s all about money and nothing to so with fitness or player safety.

Liverpool could only draw with Shrewsbury in the cup today so a replay is now needed, but it’s their own fault. They rested most of their stars and were arrogant enough to think playing the youngsters would be enough. If you don’t want a replay then try and win the initial tie.

It’s not all bad news, this tweet has indicated just how much the funds from the replay with help the League One club:

Spoke to @shrewsweb boss Sam Ricketts last week. He said a replay would enable the club to buy video analysis equipment for the training ground and better drainage for some of their pitches. It’s more than just about the glory to many clubs. ?

Those types of facilities could be enough to help take them to the next level and give them a better chance of success, so it shows how positive the replays can be.

Liverpool and other top clubs may not like it, but it’s completely their own fault.