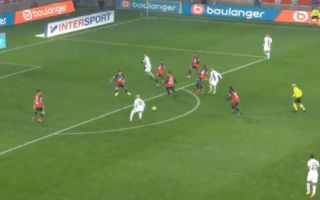 This could all change in the next few months, but it does seem like Neymar has just spent this season working hard and getting on with playing football.

The mere fact that it’s a surprise he’s just getting on with it is an issue, but he spent the whole Summer trying to force a return to Barcelona so it didn’t look promising for PSG.

READ MORE: Video: Shambolic moment during PSV vs Twente as the ref FORGETS HIS CARDS

He showed his class again tonight, with some wonderful control and a thumping finish into the top corner:

You keep asking him for his words, he will keep you replying with his football!

Kylian Mbappe gets all the attention but that’s now 12 goals and five assists in 13 league games, so the Brazilian is having yet another wonderful season.