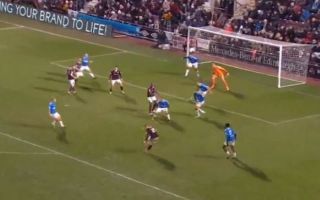 It finally looked like Rangers were going to put themselves into a position to take the league title away from Celtic.

Steven Gerrard’s men were so impressive in the win at Celtic Park recently, and that result meant they would go top of the league if they won their games in hand.

Rangers tend to struggle at Tynecastle but Hearts have been woeful this season, so it looked like Rangers would roll to victory, specifically after going 1-0 up.

This game marked Steven Gerrard’s 100th game in charge of Rangers, but the result puts Celtic back in control of the title race.