Usually when a big transfer rumour comes along you can see the logic that would go with the potential transfer, but this one is a head scratcher for several reasons.

In case you haven’t seen the latest news, Barcelona are going to be without Luis Suarez for around four months, so it looks like a new striker will be required.

READ MORE: Club Director confirms talks with Barcelona for ace and indicates there won’t be a buy back clause

Suarez is getting older anyway so a long term successor is needed, but it would be a surprise if such a player was available in January. That means a loan or a low cost veteran would make the most sense, or even someone who could be sold on in the Summer at a profit if they were being extra cunning.

Footmercato have linked Barca with a move for Monaco striker Wissam Ben Yedder, but it just doesn’t add up. They suggest he would cost €80m, but it’s important to remember he’s also 29 years old.

At that age he’s unlikely to have much of a sell on value next Summer, he’s only got two or three years left at the top of his game and the price tag is extortionate. You could possible justify it if the club felt he was the difference between winning and losing titles, but that seems like a stretch too. 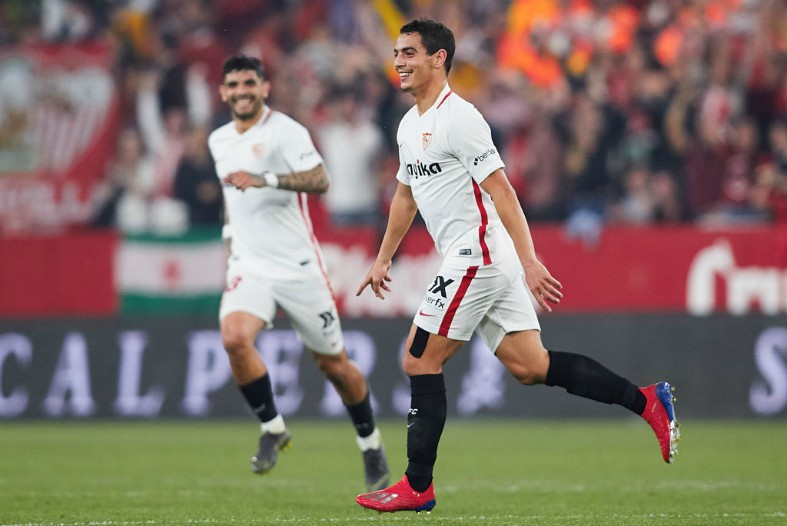 He does have La Liga experience with Sevilla

That’s not to say he’s a bad player, he’s a very good striker with 14 goals in 19 games this season but that price tag doesn’t seem appropriate when you consider everything.

Time will tell if Barca do make an addition this month, but this would be a huge surprise and gamble from the Catalans.