The Spanish press are known for being very accurate or extremely wide of the mark when it comes to their transfer reporting, so this story would be particularly astonishing if it’s true.

In a way it’s fair enough that Lionel Messi has a bit of power when it comes to signing new players for the club, but you have to question things if they are just doing what he says and relying on his friends.

A report from DonBalon has given the latest on Barca’s search for a new striker after Luis Suarez picked up a bad injury, but it looks like Messi wants the club to stick by his friend.

They claim that Barca were looking to sign either Rodrigo Moreno from Valencia or Lautaro Martinez from Inter Milan but Messi has vetoed both deals.

It seems he wants the club to stick by Suarez and trust him when he comes back from injury, while also saving their money to bring Neymar back to the club next Summer. 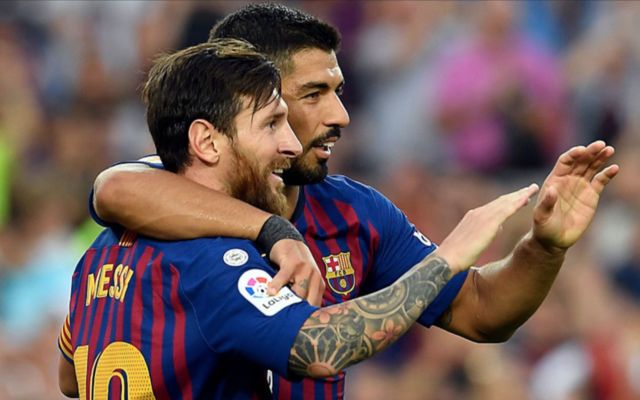 These are Messi’s final great years so the club should do everything they can to keep him happy and build a winning team, but they also need to ensure they can still be successful once he moves on.

Letting him dictate transfers in this way probably isn’t the best idea.