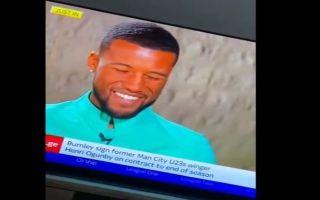 It will be fascinating to see what happens with Liverpool this Summer. They’ve been so good and so dominant that some players might decide to look for a new challenge, so it could be a worrying time for the fans in a strange way.

When it comes to the list of players they wouldn’t want to leave Georginio Wijnaldum might not be at the top of it, but he’s very important to Jurgen Klopp’s side and also comes up with some big contributions.

This interview has emerged and he’s not exactly reassuring anyone that he wants to stay at Anfield past this season:

He talks about not knowing what he wants and waiting to see what happens, where usually we just see players say they are commited and will give their all as long as they stay.

It might be making something out of nothing, but it could be bad news for Liverpool fans.