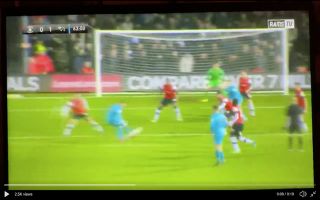 In the 63rd minute of this evening’s Championship clash between Derby County and Luton Town, the Rams took the lead after a strike from Wayne Rooney.

Attacker Duane Holmes picked up the ball on the edge of the box and laid it off to Wayne Rooney, the 34-year-old curled the ball towards goal and a massive deflection saw the ball fly into the back of the net.

Rooney was certainly fortunate, regardless this effort will give the star some confidence as he looks to make a real impact for Derby from the get-go.

Take a look a the England legend’s strike below: