According to Sky Sports News, La Liga champions Barcelona are set to launch a £20m bid for Chelsea star Willian before the January transfer window closes on Friday night.

Sky Sports News report that the Blaugrana have held a long-standing interest in the winger. Willian’s current contract expires at the end of the season.

Sky Sports News claim that the Camp Nou outfit aren’t willing to risk a battle with other top clubs for the Brazilian’s potential free transfer in the summer and are therefore preparing a £20m offer for the attacker.

The 31-year-old has five goals and five assists in 30 appearances across all competitions this season. 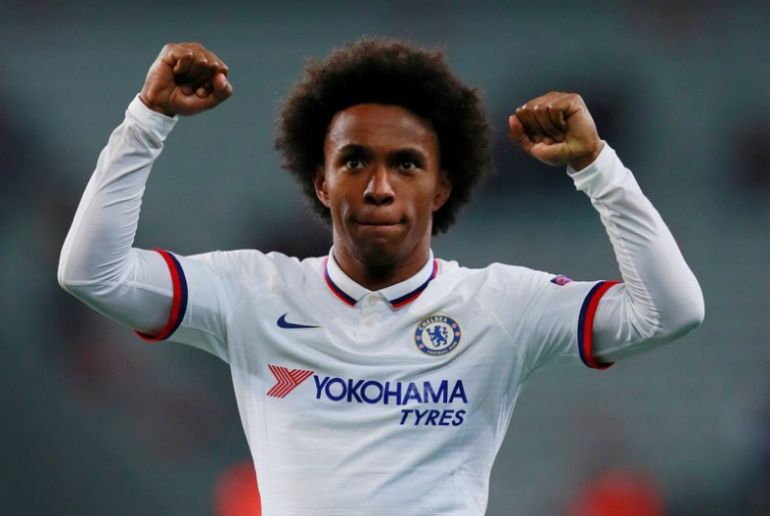 Willian has been superb for Chelsea this season.

Willian has turned up in some key moments for Frank Lampard’s side this season, the veteran winger even kept promising star Callum Hudson-Odoi out of the Blues’ lineup earlier in the season.

Barcelona should be on the hunt for attackers this month – in order to bolster their forward ranks following the long-term injury to Luis Suarez.

Whilst Barcelona’s interest in Willian comes as no surprise, we didn’t expect the Catalan giants to make a move for the ace during the January window.

With Suarez sidelined, some fans may have thought that the Blaugrana would be focusing their efforts on potential moves for centre-forwards.

Nonetheless, Willian’s possible arrival would allow the likes of Lionel Messi and Antoine Griezmann to play more centrally – the Brazilian’s been a top winger ever since he moved to England.