Arsenal are reportedly closing in on the transfer of Southampton full-back Cedric Soares as they continue to try to strengthen their defence.

The Gunners have already today announced the signing of Spanish centre-back Pablo Mari on loan from Flamengo, and it looks like more new additions could be on the way before Friday’s transfer deadline.

MORE: Arsenal ahead of Barcelona in race for potential £42million transfer

According to Sky Sports, Soares could be in next at Arsenal, with the 28-year-old said to have suggested his time with Southampton is coming to an end.

Soares initially looked a top performer for the Saints when he joined back in 2015, but he’s fallen down the pecking order at the club in recent times.

The Portugal international spent last season on loan at Inter Milan and didn’t particularly impress, so Arsenal fans might not be too excited about this potential arrival.

Still, the north Londoners are also pretty desperate for experience and cover in defensive positions after a dire first half of the season.

AFC can’t afford to be too picky, so a signing like this could make sense for now, even if bigger names will surely be needed in the summer. 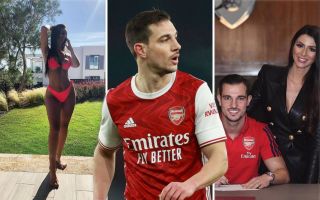