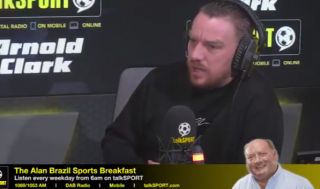 Pundit Jamie O’Hara has launched a scathing attack on the Manchester United fans who threw flares at Ed Woodward’s house.

“Man Utd fans should be ashamed.”

“Does this show how far the club has fallen since Sir Alex left?”

“It’s not how you conduct yourself as a human, let alone as a fan.”@MrJamieOHara1 slams #MUFC fans who attacked Ed Woodward’s home ? pic.twitter.com/EMuznF2eZj

However, O’Hara says there can be no justifying this behaviour, and slammed those involved as not real fans, but “hooligans” and “thugs”.

United have condemned the attack, and it’s certainly disturbing to see people feeling there’s any excuse to try to make a man and his family feel unsafe in their own home.