Manchester United manager Ole Gunnar Solskjaer has explained his reasons for pursuing the transfer of Bruno Fernandes from Sporting Lisbon.

Speaking after the club confirmed the deal on their official site today, Solskjaer sung the praises of Fernandes after admitting he’d been tracking him for some time.

Man Utd fans will be delighted to see this exciting talent move to Old Trafford this January, with a creative midfielder of his type badly needed in this struggling squad.

Solskjaer pointed towards his record for goals and assists as one reason for pushing for the transfer, whilst also praising Fernandes’ leadership qualities and personality.

“We have been tracking Bruno for many months and everyone here has been tremendously impressed with all his attributes and what he will bring to this team,” the Norwegian was quoted on United’s official site.

“Most importantly he is a terrific human being with a great personality and his leadership qualities are clear for all to see.

“Bruno’s goals and assists stats speak for themselves, he will be a fantastic addition to our team and he will help us push on in the second part of the season.

“The winter break is coming at a perfect time for us to integrate Bruno into the squad and for him to get to know his team-mates.” 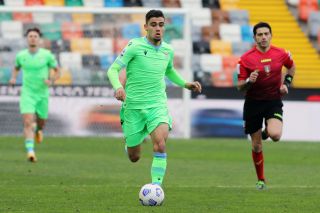 United fans can definitely be excited about the Portugal international and what it sounds like he’ll bring to the team both on and off the pitch.

MUFC have looked like lacking leaders and big personalities in recent times, so they’ll hope Solskjaer’s words about the club’s latest signing prove to be accurate.