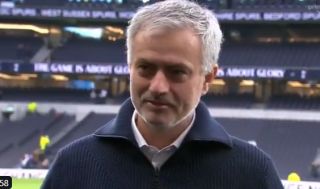 Both Real Madrid boss Zinedine Zidane and Gareth Bale’s agent, Jonathan Barnett, have dismissed the possibility of a move back to Tottenham on deadline day.

As per The Times, excitement would have been building for Spurs as it was claimed that chairman Daniel Levy travelled to the Spanish capital for talks with Real Madrid president Florentino Perez over a possible deal for Bale.

It’s added that a breakthrough was touted on Thursday evening and although Tottenham were growing in confidence over a deal on Friday, it’s not likely to happen as there was seemingly never an agreement on how they would address the Welshman’s £500,000-a-week wages, as per the report.

Although there is still time ahead of the January transfer deadline on Friday night, Sky Sports have reported how both Zidane and Barnett have now dismissed the idea of Bale heading back to north London this week.

“Gareth is here with us and I am counting on him. I am not contemplating this possibility,” Zidane told reporters.

Meanwhile, Barnett is quoted as saying: “I won’t comment on made up stories.”

In turn, it would appear as though Bale will be staying at Real Madrid, and it remains to be seen whether or not Tottenham identify an alternative target to bolster Jose Mourinho’s attacking options for the rest of the season.

They were dealt a huge blow earlier this month as Harry Kane underwent surgery on his hamstring and is expected to be ruled out until April, and so that would seemingly make signing a forward a priority before the window shuts.