Barcelona have announced that they’ve reached an agreement to sign Matheus Fernandes from Palmeiras, and he is set to arrive in the summer.

It has been a busy deadline day for the Catalan giants, with BBC Sport noting that they also confirmed a deal to sign Trincao from Braga earlier on Friday.

While that deal will reportedly set them back €31m, as per the report above, the club have now announced another new signing in Fernandes.

According to the club’s official site, Fernandes will arrive in July after a deal worth €10m in total was agreed upon, while he will put pen to paper on a five-year contract and has a staggering €300m buy-out clause included.

The 21-year-old has gained plenty of experience in Brazil, playing 87 times across spells with Botafogo and Palmeiras, chipping in with three goals and four assists, while he has also been capped at U17 and U20 level for Brazil.

Predominantly used as a central midfielder, he will hope to add quality depth to a stacked area of the Barcelona squad, with the likes of Sergio Busquets, Ivan Rakitic, Frenkie de Jong and Arthur all ahead of him in the pecking order as things stand.

However, things may change in the summer and so adding both Fernandes and Trincao could be a major hint that Barcelona are looking to bring in long-term solutions to perhaps replace some of the older members of the current squad.

As they look to defend their La Liga crown and compete for trophies, it could be argued that Quique Setien could have done with reinforcements arriving this month to give them a timely boost for the rest of this campaign.

Instead, Barcelona seem content with waiting for Trincao and Fernandes to arrive, and they’ll no doubt hope that they have big futures at the Nou Camp. 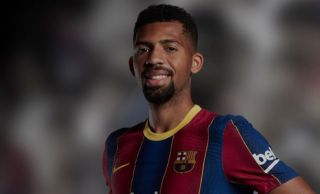 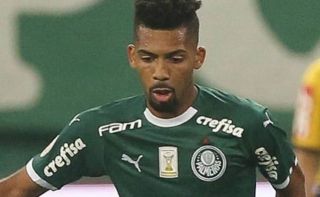 “What was the point?” These Barcelona fans question recent signing as he’s left out of the squad to face Real Betis November 6, 2020 18:43
FC Barcelona