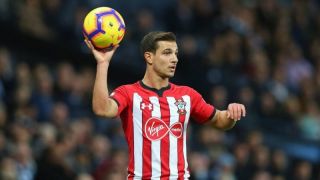 Arsenal have confirmed the signing of right-back Cedric Soares on loan from Southampton.

A statement released from the club’s official website said that the Portuguese international will be at the club till the end of the season. The 28-year-old made 19 appearances across all competitions for Southampton this season so far, scoring a goal against Portsmouth in the Carabao Cup while providing an assist against Wolves earlier this month. Cedric has also featured in 33 matches for Portugal with a goal versus Mexico to his name.

Speaking of the 28-year-old, Arsenal’s technical director Edu told the club’s official website: “Cedric is a defender with good experience of the Premier League, and of course at international level. He is another strong addition to our defensive unit who will provide our squad with quality. I know he is a player who plays with absolute full commitment and energy. We are all looking forward to going into the last stages of the season with Cedric as part of the club.”

Cedric is Arsenal’s second signing under Mikel Arteta with the club having signed Pablo Mari from Flamengo. With Calum Chambers injured, the 28-year-old is a suitable addition to the Gunners’ squad and there’s a good chance he will receive ample first-team opportunities, something he needs if he’s to make Portugal’s squad for Euro 2020.

Arsenal play Burnley at Turf Moor on Sunday and they will be eager to bag all three points to move up in the Premier League table. 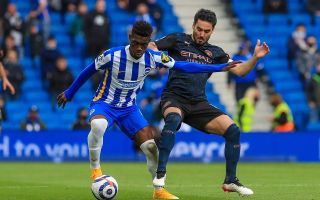