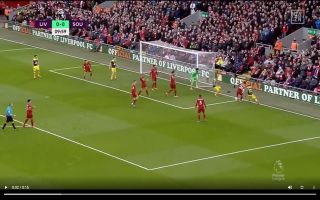 In the 10th minute of this afternoon’s Premier League clash between Liverpool and Southampton, the Reds appeared to avoid punishment after a possible back pass.

Liverpool full-back Andy Robertson appeared to dispossess Southampton ace Moussa Djenepo and once he was pressed by Danny Ings he appeared to poke the ball back to Alisson.

The Brazilian stopper picked up the ball and Southampton’s protests for a back-pass were ignored by the referee. Did Jurgen Klopp’s side get away with one here?

Andy Robertson tried to play the ball off the attacker to get a goal kick. In the situation, Alisson had no way of knowing if it took a deflection or not.

If it was stonewall, VAR would’ve been used. #LFC pic.twitter.com/J3dZgfCA5x 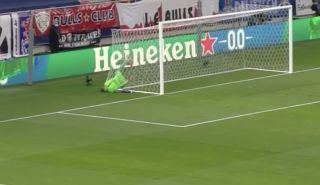