Ilkay Gundogan could have had a brace for Manchester City against Tottenham today.

First, the German midfielder had his penalty saved in the first half, and now he’s blazed over from close range for what was, to all extents and purposes, an open goal.

Spurs goalkeeper Hugo Lloris was out of his goal and nowhere to be seen by the time Gundogan was played in by Raheem Sterling.

In Gundogan’s defence, it wasn’t the best pass, but players of this standard should really be putting chances like this away. 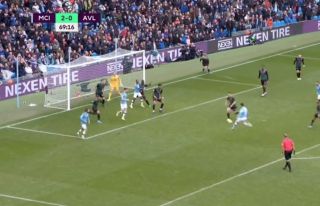