Chelsea have been urged to take a look at Newcastle United goalkeeper Martin Dubravka as a possible transfer to replace the struggling Kepa Arrizabalaga.

Writing about Chelsea as he covered his Premier League team of the week on BBC Sport, pundit Garth Crooks named Dubravka as an ideal potential option for the Blues in goal.

Dubravka has looked a fine performer for Newcastle in recent times, and seems like a player who could make the step up to a big six side in the near future.

Chelsea certainly need to have a think about the goalkeeping role at the club right now following Kepa’s major dip in form which saw him dropped for another unconvincing shot-stopper in the form of Willy Caballero for the weekend trip to Leicester City.

Discussing this issue, Crooks wrote that he thinks CFC need to sign a top-class ‘keeper, and named Dubravka as an ideal candidate for them to look at. 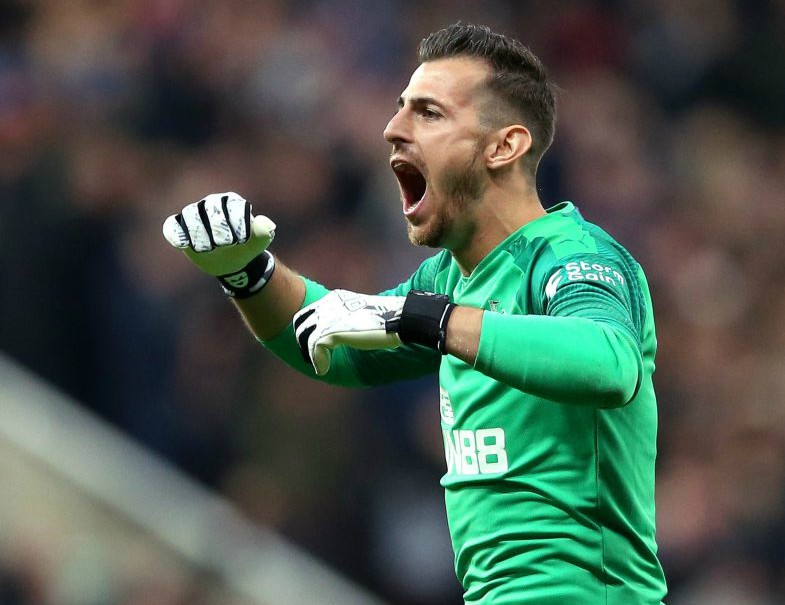 Martin Dubravka has been recommended as an ideal signing for Chelsea

“The London club have gone from having Petr Cech and Thibaut Courtois – two world-class goalkeepers – to Kepa and Caballero, who both look like they’ve only recently been introduced to the game,” he said.

“If Chelsea are serious about a top-four place they need to get a top-class goalkeeper. They should take a serious look at Newcastle’s Martin Dubravka.”

This comes as Spanish outlet Cope report on Kepa’s Chelsea future looking in real doubt as manager Frank Lampard asks his board to sign a replacement, with Caballero perhaps set to deputise in goal for the rest of the season.