Happy Monday everyone! After another round of Premier League action, another Liverpool win, another Arsenal draw, it’s time for another team of the week from everyone’s favourite pundit Garth Crooks.

Manchester United and Tottenham can perhaps feel pretty good about their work in the January transfer window, with their new signings featuring in Crooks’ line up on BBC Sport after impressive debuts over the weekend.

Bruno Fernandes made his first Man Utd appearance, and certainly looked a quality addition even if he couldn’t help his team break down a stubborn Wolves side in a 0-0 draw at Old Trafford.

Steven Bergwijn, meanwhile, had a memorable Tottenham debut with the opening goal against Manchester City in an important 2-0 win to ease the pressure on manager Jose Mourinho.

Elsewhere, there’s little surprise as Liverpool dominate, with three players in after their 4-0 thrashing of Southampton that, along with City’s defeat at Spurs, gives them an incredible 22-point lead at the top of the Premier League table.

It’s not often a centre-back gets a brace, so Chelsea’s Antonio Rudiger has certainly earned his place in Crooks’ XI even if the Blues could only manage a 2-2 draw at Leicester City.

Here’s the Premier League team of the week in full… 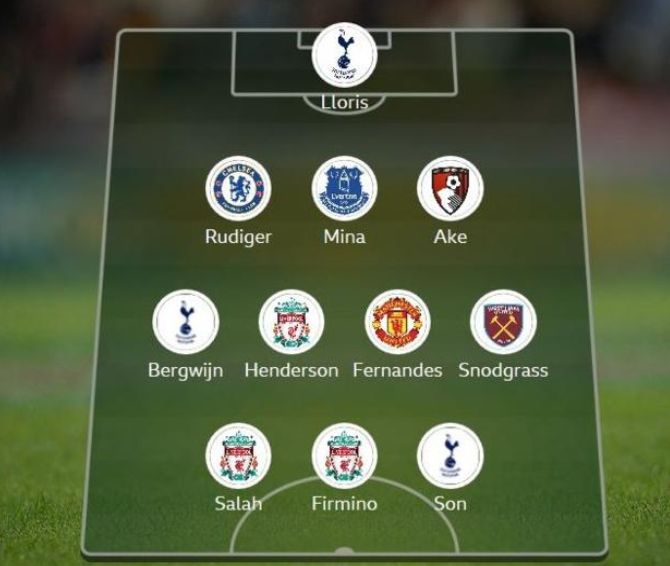 The latest Premier League team of the week