The report claims that the 28-year-old maestro’s current contract is set to expire at the end of next season, should the ace fail to agree a new contract – a summer exit could be on the cards.

Selling Thiago at the end of this season could prove to be Bayern’s only chance to make some considerable cash on the Spaniard’s exit, otherwise they risk losing him on a free next summer.

Bayern are willing to pull out all the stops to tie the midfielder down to a new contract, but the Bavarians understand that they may not be able to compete with a possible dream return to Barcelona for Thiago. 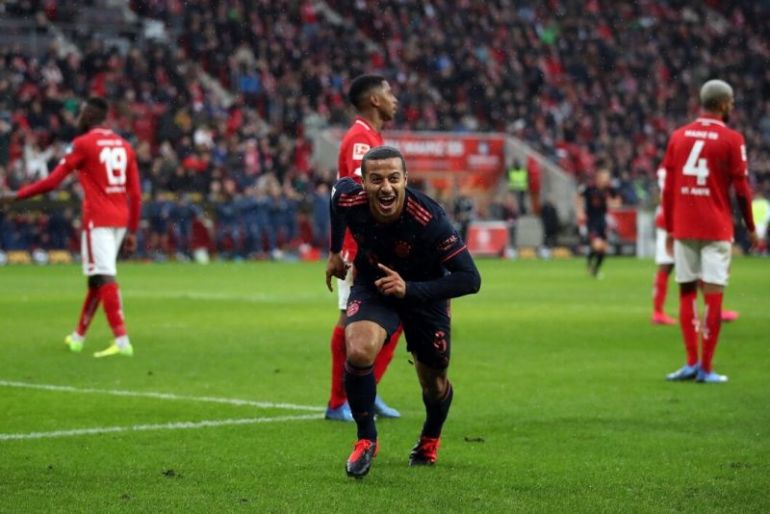 Thiago joined the Blaugrana at 14 years old, the Spain international spent a couple of seasons in the Catalan giants’ first-team before joining Bayern in the summer of 2013.

The playmaker has established himself as one of the world’s top midfielders since his move to Germany and his rise to stardom would undoubtedly give him a clear path into Barcelona’s first-team.