Barcelona have reportedly set their sights on Getafe forward Angel Rodriguez as a solution to their current injury crisis up front.

Luis Suarez underwent knee surgery in January and is expected to be out for four months, as per BBC Sport, while the Catalan giants confirmed in their tweet below that Ousmane Dembele suffered a hamstring tear in training this week.

With that in mind, they are now down to just three main options in attack with the workload now falling on Lionel Messi, Ansu Fati and Antoine Griezmann to lead the way.

For a club looking to compete on multiple fronts with the La Liga title, Copa del Rey and Champions League still up for grabs, that is arguably nowhere near enough quality depth for coach Quique Setien, and especially with Dembele seemingly no longer on the verge of a comeback, a reinforcement is surely needed.

According to Sport, Angel Rodriguez could now be the solution for the reigning La Liga champions, although it’s noted that he has a €10m release clause which is said to be within Barcelona’s budget.

Further, with 13 goals in 27 games so far this season coupled with the versatility to play across the frontline, he is described as a potentially ideal short-term solution for Setien.

Importantly, the report goes on to note that key factors must be satisfied for Barca to sign a player outside of the transfer window. Dembele must be ruled out for at least five months, and any signing must play in Spain already or is a free agent.

In turn, it would appear as though they tick all the right boxes with Rodriguez, but it remains to be seen if they can convince Getafe to part company with a key player at a time when they will perhaps not be able to sign a quality replacement themselves.

INJURY UPDATE | Tests carried out on Ousmane Dembélé today have confirmed that he has a complete proximal hamstring tear in his right thigh. In the next few hours a decision will be made on the treatment to be followed for his recovery. pic.twitter.com/fk7KgzaMC6 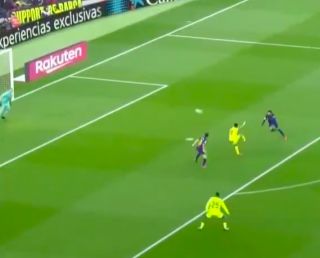