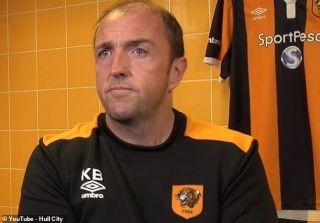 Hull City have confirmed the tragic news that academy coach Kris Blakeston has passed away at just 40 years of age after a battle with cancer.

As seen in the club’s tweet below, they have confirmed the sad news and have sent their best wishes to Blakeston’s family and friends, while the tributes and support has flooded in from supporters as seen in the replies.

As per the club’s official site, Blakeston worked at Hull for almost 14 years as part of their academy set up, and so many within the club will also undoubtedly be hugely upset by the news given he was such a consistent presence within the coaching staff.

Hull are away from home in their next two Championship outings against Reading and Blackburn respectively, before hosting Swansea City on February 14.

It would seem likely that they will hold some sort of remembrance in respect of Blakeston at that point, but for now they have stressed in their statement above that the family and friends would like their privacy respected.

Hull City were deeply shocked and saddened to hear of the passing of Academy Coach Kris Blakeston following a short battle with cancer.

Everyone at the Club would like to pass on their thoughts and heartfelt condolences to Kris’ family and friends.#hcafc | #theTigers