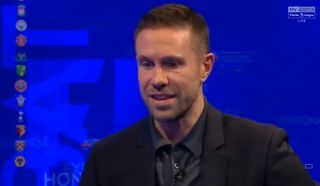 Pundit Matthew Upson says he would have liked to see Liverpool “pay a price” for their handling of the FA Cup fourth round replay with Shrewsbury Town this week.

Reds manager Jurgen Klopp effectively boycotted the game, with him and his first-team squad on a winter break that had already been scheduled.

Has Jurgen Klopp been proved right regarding his #FACup stance?

Still, Upson wanted to see Liverpool’s youthful team knocked out of the competition, which seems harsh on those impressive academy players who earned a good result.

One hopes this rather tedious drama can now come to an end with Liverpool’s win, which sets up an intriguing tie with Chelsea in the next round.