Rangers striker Alfredo Morelos has explained why he thinks Liverpool could be interested in a transfer deal for him at some point in the near future.

The prolific Colombia international has been a big hit during his time in Scotland, scoring 76 goals in 128 appearances for Rangers and looking particularly impressive under manager Steven Gerrard.

Gerrard is, of course, a Liverpool legend, and Morelos believes this connection could help him get a big move to Anfield at some point.

MORE: Chelsea could be forced to switch focus amid Liverpool interest in €60m transfer target

While there is not really any suggestion that the Reds actually are pursuing Morelos at the moment, the 23-year-old does look like he could make a fine addition for a bigger club at some point.

The South American starlet’s impressive scoring record suggests he could do with moving to a more competitive league, and he sounded positive when the possibility of a move to LFC was put to him during an interview.

“I think they are aware [of me],” he told Radio Caracol, as translated by the Metro.

“I imagine that is the case with the coach we have, who played for Liverpool for so long. 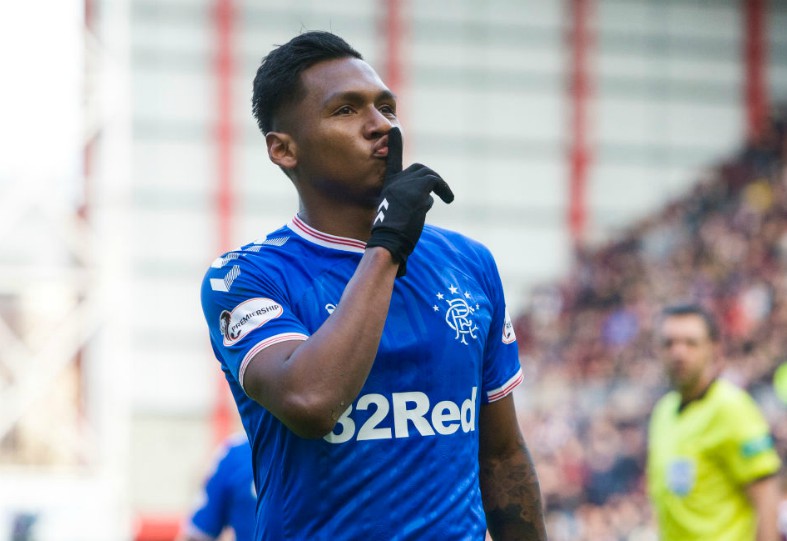 “I imagine he has friends and directors who come to the games, as well as scouts from other teams. It’s a motivation to keep doing well.

“There are many interested clubs, let’s wait until the end of the season to see which leagues are asking for me and then I can make a decision.

“If God grants me the opportunity to go to a good club, it will happen.”

“We love working with Alfredo. He’s a fantastic player,” Gerrard is quoted by the Metro.

“I know I’m always going to be biased towards him but I think he brings something to this league.”