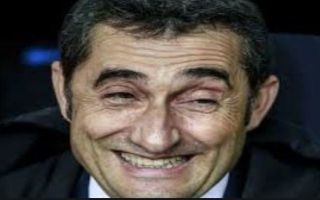 Things may not have been going perfectly for Barcelona under Ernesto Valverde, but it’s not like the arrival of Quique Setien has improved things either.

In fairness he can point to a complete lack of options up front as an excuse, but he still has a very good team and Lionel Messi so they still expect to win every game.

In some ways the Copa del Rey looked like their best chance of winning something this season, especially after Real Madrid crashed out earlier in the night. Unfortunately for Setien and his men, they suffered a similar fate away to Athletic Bilbao.

A look online showed the fans getting more and more irate as the game went on, so it’s no surprise that many are furious with this loss, but the blame seems to be aimed in many directions:

BUSQUETS OUT OF MY CLUB POR FAVOR POR FAVOR

Valverde was not the problem. This barca team full of frauds is.

The worst Barcelona team in a very long time

Performances like this demonstrate why they might not win anything this season. They trail Real Madrid in La Liga and need to go on a consistent run to win the league with looks unlikely, while there are many better teams in the Champions League.

As bad as things were under Valverde, maybe they shouldn’t have sacked him.