We’ve seen so many times that certain players are not suited to playing for the truly elite clubs.

It’s not to say they aren’t good enough, but the mentality is completely different. Certain players thrive on being a talisman and the main man for a smaller side, but as soon as they become just another player in a bigger system, they start to disappear.

Jack Grealish could be someone who fits into that category, but we may never know unless someone takes a chance on him and gives him a big move.

The Mirror recently reported on a Talksport interview with Danny Mills, and he was talking about the possibility of the Aston Villa star moving to Old Trafford in the Summer.

In many ways he could be the perfect signing, he’s creative and always looks to get on the ball which is something United lack right now, but Mills has some concerns.

He said: “Because Villa have been poor and he (Grealish) is trying to carry them and keep them up and do everything he possibly can, that’s the only question, does he have that discipline? He probably does, but someone’s going to have to take a chance on him,”

“The only downside at the moment is because he’s in a struggling side, because he loves that club (Aston Villa) so much, he’s captain, he’s almost trying to do too much at times.”

“Because he has to play that role for Villa, maybe one or two clubs are thinking ‘is he disciplined enough to play a certain role within the structure of my team’?” 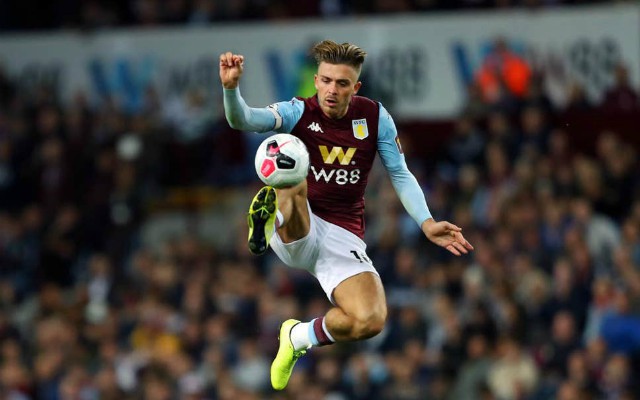 Grealish in action for Villa

It does look like he has the freedom to do what he likes at Villa on the pitch so it’s hard to see Ole Gunnar Solskjaer giving him that same role.

At this point it’s not clear if he is cut out for that big move, but there’s only one way to find out….