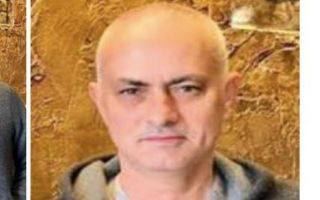 It really shouldn’t be news when a manager merely gets a haircut, but Jose Mourinho is popular to the point that ever single thing he does is covered, so his radical new look was always going to get attention.

Ever since he broke onto the scene with his Porto team he was always seen with a thick head of hair, so it’s been strange to watch it gradually thin out over the past few years.

It looks like he’s finally decided to embrace it by shaving all of it off:

It shouldn’t have any bearing at all on his managerial ability or Tottenham’s performances, but it is quite a menacing look. We’ve seen him lose his temper a few times lately, so if he combines that anger with the new look he might manage to scare the refs into giving things his way.