Tottenham youngster Japhet Tanganga is reportedly in discussions with the the club regarding a new contract.

The 20-year-old left-back has made seven appearances for Spurs this season so far and all of them have been starts. According to the Daily Mail, the North London club are offering Tanganga a new contract which could see him earn £15,000-a-week, a massive improvement over his current weekly salary of £1000.

This report also claims that the 20-year-old will be awarded another new and improved deal provided he makes a certain amount of appearances.

Tanganga has done well for Spurs this season so far and has started in three Premier League games for them. Given how he has done lately, the club would benefit immensely a lot if he signs a new contract with them

Provided Tanganga continues producing good performances, we could see him make more starts under Jose Mourinho during the remainder of the season.

Tottenham’s next match is against Aston Villa next weekend and there’s a good chance the 20-year-old could make the playing XI. 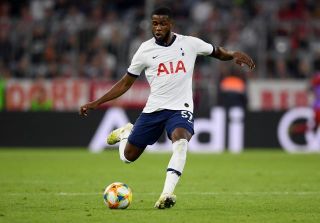