According to the Mirror, Arsenal star Kieran Tierney is edging closer to his return from injury after returning to first-team training during the Gunners’ winter training camp in Dubai.

Arsenal’s official website has even reported that the left-back has completed some one-to-one training with manager Mikel Arteta.

This will have been Tierney’s first hands-on training experience with the former Arsenal captain as the 22-year-old has been sidelined since the start of December with a shoulder injury.

The Scotsman joined the north London outfit for £25m last summer, as per BBC Sport. Unfortunately Tierney’s start to life at the Emirates has been hindered by injury struggles. 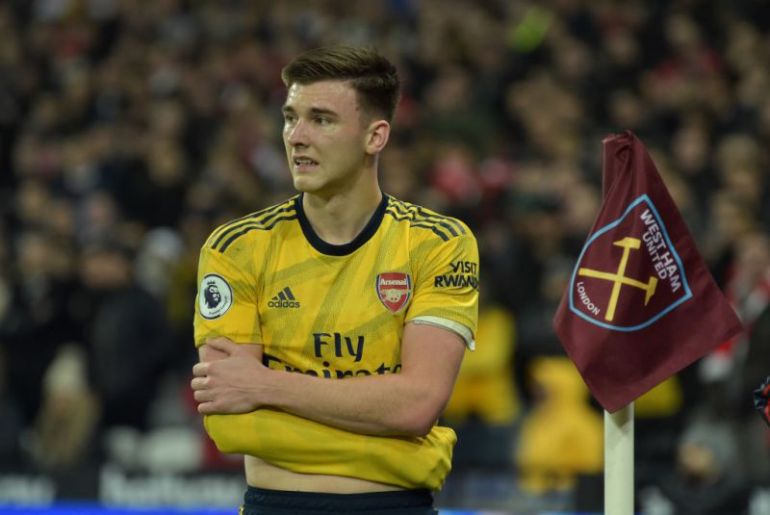 Tierney has been sidelined with a shoulder injury since the start of December.

Tierney has made 11 appearances for the Gunners this season, registering two assists in these outings.

Given the club’s investment into the Scotsman, fans will be eager to see how Tierney fares in Mikel Arteta’s system.

Arsenal’s defence has looked lacklustre all season and injury problems at the back have prevented the Gunners from sticking to a consistent defensive line for a considerable period.

Promising youngster Bukayo Saka has impressed by deputising at left-back recently, Tierney will also have to compete with hard-man Sead Kolasinac for a starting place.