It feels like Premier League players rarely run their contracts down in order to get a move – usually they are sold before it gets to that point or they sign fresh terms to allow the club to take a fee.

This might be one of those situations where the player and the club recognise that they have done all they can for each other, and a parting of ways might be the best thing for everyone.

Adam Lallana’s Liverpool contract is due to expire at the end of this season, and The Liverpool Echo has reported on the latest surrounding his situation.

READ MORE: Spurs loanee slams Jose Mourinho for treating him differently to the rest of the squad

They state that there haven’t been any contract extension talks, with the player wanting to play regularly and Liverpool know they can’t offer that, so he’s now preparing to leave at the end of the season.

They say that he will leave on a free, and that means Arsenal’s, Spurs’ and Leicester City’s interest could intensify over the next few months. 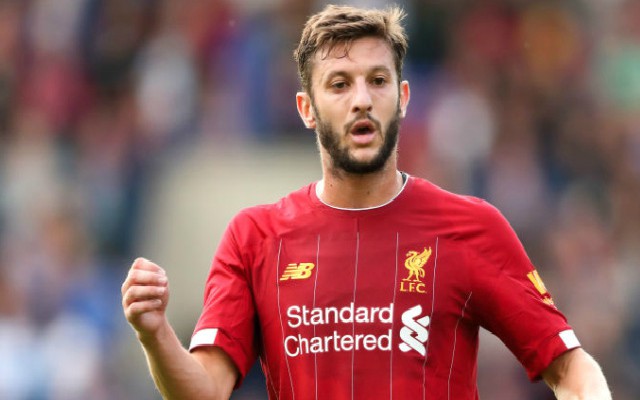 It’s worth pointing out that he will turn 32 in the Summer and has a long history of injuries, so he could represent a gamble for any new sides if he demands a big wage.

You would expect he will stay focused on Liverpool for the rest of the season, but the rumours should start to intensify as we approach the Summer.