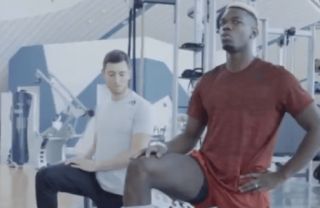 Though there’s still no confirmed date for his return from injury, Manchester United’s Paul Pogba has posted a video on social media to show his current rate of progress.

It shows the midfielder working hard to get back to full fitness, starting with him working out in the swimming pool before moving onto various aspects of gym work.

As he gets ready to return, United fans will surely be encouraged to see the Frenchman now able to put weight on his leg and have a fuller range of movement.

With the business end of the season fast approaching though, it remains to be seen just how big a part the French International will be able to play for Ole Gunnar Solskjaer’s side…