According to the MailOnline, Everton star Richarlison is amongst 13 names on Chelsea’s shortlist ahead of the summer transfer window.

The Mail claim that Frank Lampard will have £150m to spend this summer, the Blues have lacked a clinical touch this season and Richarlison could provide that cutting edge for the west London outfit.

It may take a serious bid to pry Richarlison from Everton with the report claiming that Carlo Ancelotti and the club will resist approaches for the star, who is contracted until 2024.

The Mail also report that Chelsea have been interested in the Brazilian star since Maurizio Sarri was boss. 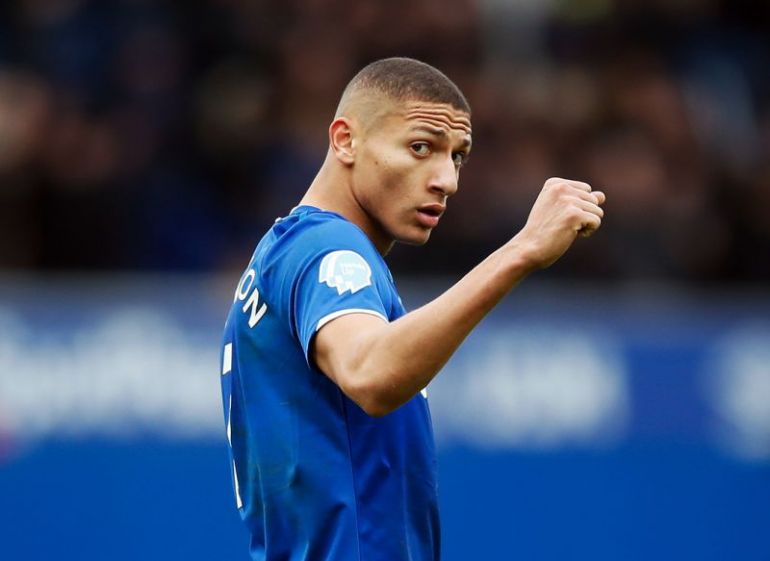 Would Richarlison take Chelsea to another level?

The 22-year-old looks like a real superstar in the making, the hard-working attacker has managed to score nine goals and register three assists in 24 Premier League outings this term.

Overall, the ace has 29 goals from 97 appearances in the top-flight. The Brazilian has flourished since Carlo Ancelotti took the reins at Everton.

Richarlison is primarily used in a front two alongside Dominic Calvert-Lewin, the former Watford star is also capable of playing on the wing.

Utilising Richarlison in a central role has proved to work well, the ace has the pace, skill and movement needed to stretch defences – something that would be a major boost for Chelsea.