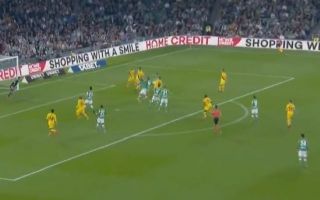 As much as Barcelona’s character and even their ability to win games might have come under question in recent weeks, this could be a big victory if they could manage to pull it off.

Real Betis tend to be formidable at home, but Barca have come from behind twice to level at the break.

Sergio Busquets hasn’t scored more than one goal in a season since 2014, but he’s now struck twice twice this campaign and it’s a handy looking finish:

Most strikers would be happy with the way he controls the ball and puts a controlled finish past the keeper. Real Madrid won earlier so this is approaching a must-win game for Quique Setien against his old team, so a big second half is needed. 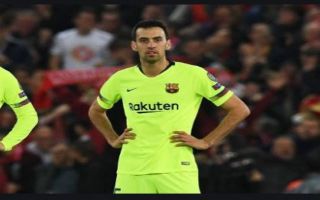