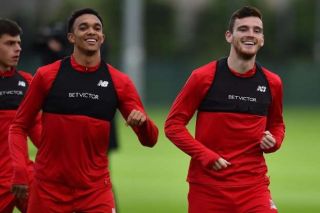 Trent Alexander-Arnold’s decision to hold an impromptu Q&A session on Twitter went down a treat on Monday, particularly for Liverpool fans.

The Reds right-back was celebrating reaching 1m followers on Twitter and so invited his fans to ask him questions while he had a chance to sit down and reply.

Unsurprisingly, the questions came in thick and fast as he picked out the best ones, and it seems as though he particular enjoyed trolling Andy Robertson.

As seen in the tweets below, he not only insisted that his Liverpool teammate was rubbish on FIFA, but was also adamant that he’s quicker than the Scottish international.

However, it wasn’t all trolling in fairness, as Alexander-Arnold also noted that Robertson is the funniest player in the squad, and so clearly there is a great rapport between the pair and the entire Liverpool squad.

The Merseyside giants return to action against Norwich City this weekend as they look to continue their relentless march towards the Premier League title.

Further, they’ll also get back to the defence of their Champions League crown this month, and Alexander-Arnold will no doubt play a crucial role in ensuring that they enjoy more success this season. 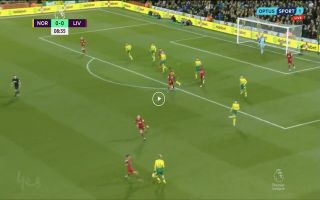