Dries Mertens is reportedly looking closer to sealing a transfer away from Napoli, with Chelsea, Arsenal and Manchester United tipped to be on alert.

The Belgium international is nearing the end of his contract at the Stadio San Paolo, and it looks increasingly like he’s going to be a free agent this summer.

This is because Mertens’ talks over a new Napoli contract are not going at all well, according to Gazzetta dello Sport, as translated by the Daily Mail.

The report explains that Chelsea, Arsenal and Man Utd were all in for Mertens in January, so it could be that the three clubs now have a good chance to snap him up for free ahead of next season.

The 32-year-old has been a world class performer in his time in Serie A, and he could do an important job at Stamford Bridge, the Emirates Stadium, or Old Trafford. 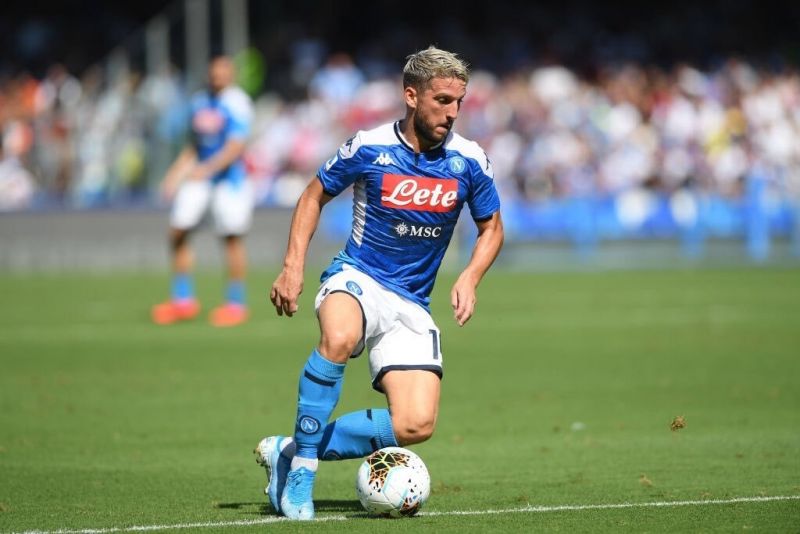 Chelsea and United are both short of options up front at the moment, with Frank Lampard lacking depth behind Tammy Abraham, while Ole Gunnar Solskjaer failed to really replace Romelu Lukaku after his exit last summer.

Arsenal have quality in attack so perhaps have less of a need for Mertens, but the Telegraph linked top scorer Pierre-Emerick Aubameyang with Barcelona in January, so they might want to think about dealing with potential interest in him again in the summer.