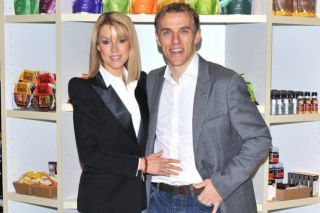 Former Manchester United and England star Phil Neville left to go to training while his wife was in a difficult labour, she has revealed.

Speaking to the Manchester Evening News, Julie Neville admits the England women’s team manager has made it clear that football comes first in his life.

She claims to be okay with this, though there’s one incident that perhaps shows Neville’s judgement to have been a bit off.

Julie had a difficult birth when their daughter Isabella was born, and she admits she was worried she was going to die shortly after Neville left her to go to training.

“I’d been in hospital quite a few weeks because my waters broke before 28 weeks,” she recalled.

“He was sleeping in a chair beside the delivery table every night and then going to training during the day and then on the morning she was born it was quite obvious something bad was going wrong.

“I was haemorrhaging quite badly and they were like ‘we need to get this baby out now.’

“Phillip said to the obstetrician ‘how long do you think it will take? I was just thinking I was going to go to training and do some stuff at work and then I’ll come back later.’

“I was in quite a bad way at his point, thinking ‘oh my god I think I’m dying.’

“And so he said ‘right I’m just going to go to training.’ So my mum is at home looking after our one-year-old son I’m on my own then in this delivery room.

“He’d literally had gone 10 minutes and her heartbeat stopped. They pressed an alarm and before I knew it there was 20 people in the room and I was haemorrhaging more and more.

“I literally remember them going ‘where’s Philip? somebody ring him now he needs to come now.’

“There was this panic stations and I remember going ‘I need to wait, can we just wait?’

“As it happens I remember him dashing in at the last minute and then they had to throw him out because she’d had no heartbeat for six minutes and they had to knock me out and it was an emergency section.

“He looks back now and says ‘probably looking back maybe it probably wasn’t a good idea.’

“I still would never say ‘actually I’m really scared’ I was like ‘you go I’ll be fine.'”

“He says that’s the only time probably football maybe shouldn’t have come first.” 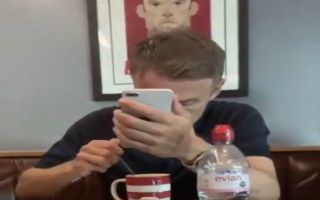