According to the Manchester Evening News, Aston Villa ace Jack Grealish has made his friends aware of his desire to join Manchester United this summer.

The MEN claim that the Red Devils are interested in signing Grealish or Leicester star James Maddison, the report claims that the Villa man could be the favourable target due to his reported £45m release clause.

The 24-year-old has been very impressive for boyhood club Aston Villa this season, the attacking midfielder has registered seven goals and five assists in 23 Premier League appearances this season. 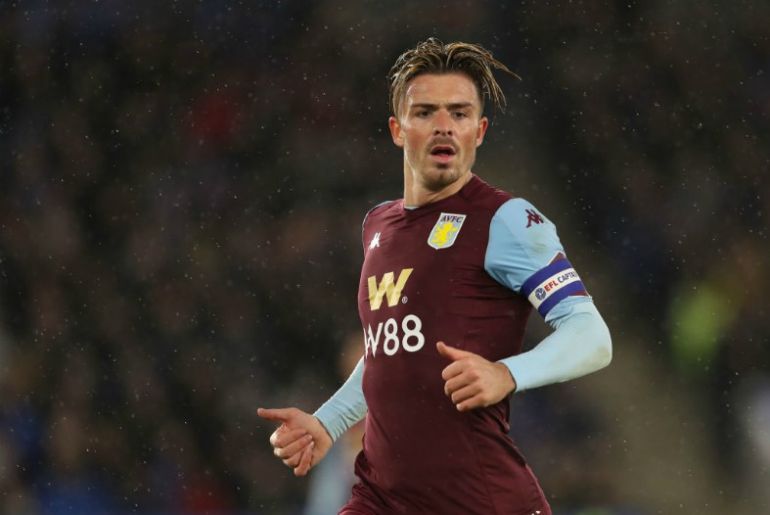 Jack Grealish has been impressive for Villa in the Premier League this season.

United bolstered their midfield ranks with the signing of Bruno Fernandes in the January transfer window. Grealish’s addition wouldn’t complicate the Portuguese ace settling into the team as the Brummie as largely featured on the left-wing this term.

The Manchester outfit need some quality in the wide areas, speedster Dan James has struggled recently – despite his phenomenal start to life at Old Trafford.

With Marcus Rashford and Anthony Martial now being used by Solskjaer as central strikers, the Red Devils need to make some additions on the flanks.

Whilst the pressure of playing for a team like United is something like no other, Grealish has handled the weight of Villa’s entire fanbase on his shoulders since his breakthrough.

The attacking midfielder has had to deal with the responsibility of being his side’s main man ever since the likes of Fabian Delph and Christian Benteke left Villa Park.

Grealish’s fine performances could see him earn a place in Gareth Southgate’s squad for this summer’s Euros, the Villa starlet is going from strength to strength right now.