Barcelona will reportedly try to sign Neymar in the summer.

The Brazilian international hasn’t played a full season since his big money move to PSG but his record has been pretty impressive for them. In 76 appearances across all competitions, Neymar has netted 66 goals while providing 39 assists.

Barcelona have been interested in the 28-year-old for a while now and according to Spanish newspaper El Confidencial, the Blaugrana will try to make another attempt to sign him in the summer. The report also claims Barca are hoping that signing Neymar could keep Lionel Messi happy.

Currently valued at €160 million according to Transfermarkt, the Brazilian international has amassed 15 goals and ten assists in 18 matches this season so far.

Neymar had a pretty successful spell at Camp Nou during which he netted 105 goals while providing 76 assists in 180 appearances across all competitions.

Bringing back the 28-year-old would undoubtedly bolster Barcelona’s squad and could make them heavy favorites for next season’s La Liga and Champions League. However, PSG would certainly demand a hefty fee for Neymar. 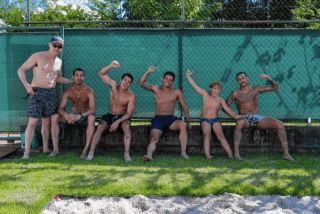