If Liverpool can continue this ridiculous run they’re on, they’re sure to go down as one of the greatest teams of all time, at least in English football.

Jurgen Klopp’s seemingly unstoppable side have already made the best ever start to a season in Europe’s top five leagues, and have Arsenal’s unbeaten record in their sights, whilst also still remaining in all three competitions that could see them match Manchester United’s famous 1998/99 treble victory.

There’s a long way to go yet, though, so we can’t realistically talk this Liverpool team up as legendary just at the moment, but it’s an excuse to look back and debate the other great teams of the Premier League era.

Read on to see who our writers picked as their favourites, and let us know who your pick would be…

As an Arsenal fan, it pains me to snub the Invincibles, but the achievements of that Manchester United treble-winning side are unique and make them surely the most impressive champions of all time.

There’s some revisionism about that side now, with people noting that they finished with a relatively low points total, just a point ahead of runners-up Arsenal, but these were different times, before bankrolled clubs could stockpile all the best players and thrash every opponent by five or six goals on a regular basis.

This was a more even league, and a genuine two-horse title race between United and a great Arsenal team that pushed them to the final day. And while City’s 2017/18 side racked up more points, scored more goals and finished miles ahead of the competition, it is surely more impressive for a team to hold their nerve knowing that any slip-up could cost them. 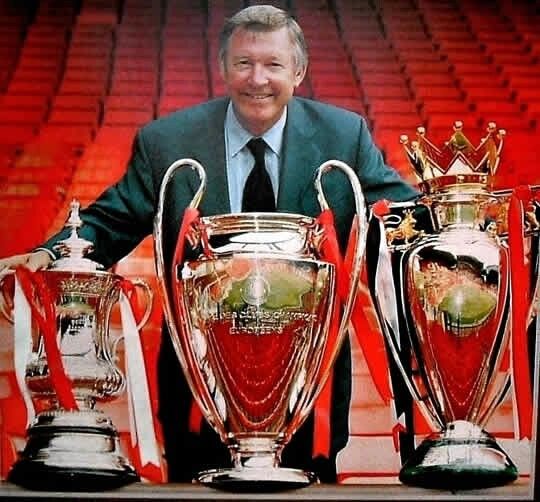 United did that in not just one competition, but three, and did so with a relatively small squad by today’s standards, with star players missing in big games by the end of the campaign, most notably Roy Keane and Paul Scholes, both absent for the Champions League final. Imagine how much Guardiola, Klopp and co. would complain if they had to go into such a big game without two of their star men now – we’d never hear the end about how overworked players are, even though the number of games are the same and the squads far bigger.

There is simply no comparison – that United side won it all, and at the end of the day there’s really nothing much more impressive than that in football.

100 points, 106 goals scored and just 27 conceded. 32 wins from 38 games and 19 points clear of their nearest rivals. The numbers from the 2017/18 campaign tell their own story as Manchester City set a new standard under Pep Guardiola not seen before both in terms of results and performances.

The relentless nature of their pursuit of greatness was something special to witness, and while critics and detractors will no doubt point to the City chequebook and investment Guardiola was backed with, it’s still a challenge in itself to put all that together and show consistent brilliance.

To then follow that up with 98 points last season to claim back-to-back titles, winning their last 14 consecutive games to fend off a brilliant Liverpool side who are running away with the title this year, it’s difficult to overlook just how impressive that City squad was.

Chelsea’s 2004/05 side have to down as one of the best teams in Premier League history. Jose Mourinho, in his first season in charge, led the Blues to the title by getting an impressive 95 points on the table.

Defensive-minded Mourinho made things so tight at the back that the Blues finished the season by conceding a record low of just 15 goals.

The west London outfit lost just one game the entire season, ironically it was Nicolas Anelka who helped Manchester City to a 1-0 win over the team that he’d go on to become a crucial player for.

Current Blues boss Frank Lampard actually played every game of the season to help his team to the title. This had the perfect blend of discipline, flair and the ability to turn up on the big stage.

Lampard, Terry, Cech, Gudjohnsen, Makelele and Drogba were all key figures in this team. There’s no way that we mention the top-flight’s best ever teams without giving these Chelsea boys their credit.

As Liverpool steamroller their way to their first Premier League title, it was obvious that the Reds were going to be compared to the best EPL title-winning teams of the past.

Whilst this well-oiled machine will certainly receive the plaudits this season, they can’t yet lay claim to being the greatest-ever side.

That title remains with Arsenal’s Invincibles and will do even if Jurgen Klopp’s men equal the Gunners’ unbeaten season.

The answer is a very simple one; the fact that the north Londoners earned every single point.

Premier League could be without 40 players between December and February due to AFCON
Arsenal signed player for their academy who was still attending nursery
Video: Mikel Arteta praises performances of Arsenal star despite transfer uncertainty

Whether Liverpool fans want to hear it and agree with it or not, the luck the Reds have had, particularly with VAR, has tainted some of their wins. I’d even stick my neck out and say that some of them weren’t even deserved.

That Arsenal side, in all its majesty, never gave an inch and were rarely troubled throughout 2003/04.

This team will go down as the greatest Premier League winning side for the shock and surprise that it brought to everyone, but let’s not forget they were incredible on the pitch too.

Every single player had been rejected or had a point to prove, from Jamie Vardy’s well known story to Riyad Mahrez having to steal a bike to escape a trial at St Mirren because Paisley was just too bleak – every player had an interesting story.

Even looking at some of the key players Marc Albrighton had fizzled out at Villa while Nathan Dyer made the “sideways” move from Swansea City at the start of the season, but every single player had an important role to play.

It’s often forgotten that they could play with relentless energy and steamroller a team off the pitch, but they could also sit deep and hammer superior teams on the break too. They morphed from winning games comfortably to a run of edgy 1-0 wins, but the title never actually looked in doubt after Christmas.

The spine of Schmeichel, Huth and Morgan, Drinkwater and Kante with Vardy through the middle was both solid and productive, and it’s good enough to take on anyone.

Due to their ability to morph depending on the opposition, the way they brought joy to so many and the stories behind so many of their star players, Leicester City are the best of the Premier League champions.

When it comes to the best Premier League team of all-time, it is very difficult to choose between Manchester United’s 98/99 team and Arsenal’s Invincibles. For me, the former narrowly edges out the latter.

Going unbeaten in a 38-match season is an extraordinary feat from Arsene Wenger’s Arsenal which is why they are among the greatest sides in English football history. However, United had a relatively better team. Sir Alex Ferguson’s side had some world-class players that included the likes of Peter Schmeichel, Jaap Stam, Gary Neville, Roy Keane, Paul Scholes, David Beckham, Ryan Giggs and of course, the two strikers Dwight Yorke and Andy Cole who had a combined 35 goals.

This side will remain immortal in Premier League folklore and are the best to win the competition.

An underrated side in Premier League folklore, my pick has to be the Manchester United team that won three titles in a row between 2006 and 2009, but since I can only pick one I’ll go with the 2007/08 side.

On paper, it’s hard to think of a stronger squad of players, with a front three of Cristiano Ronaldo, Wayne Rooney and Carlos Tevez, and a defence containing Rio Ferdinand, Nemanja Vidic and Patrice Evra, all at their peak. This team could do it all – win ugly when needed, play teams off the park with some stunning football, and they did it whilst being hounded down by not just one, but two big title challengers.

United also had to get past some big names in the Champions League, beating Lyon, Roma, and Barcelona on their way to the final, where they saw off Chelsea. An almost identical group of players also made the final the following season whilst picking up another title, so the consistency this lot showed over the course of three years was truly remarkable.

And best of all? It was done without lavish and expensive signings, with the likes of Rooney and Ronaldo signed as youngsters and given time to develop into the world-beaters they eventually became, while Vidic and Evra were smart purchases on the cheap, and homegrown players like Ryan Giggs, Paul Scholes, Wes Brown and John O’Shea were key members of the squad.

Perhaps as time goes on, people will appreciate this elite Man Utd side a little more.