According to the Manchester Evening News’ Stuart Brennan, Jurgen Klopp is only achieving the current success he is with Liverpool as a result of copying Pep Guardiola’s blueprint with Manchester City.

Brennan also reiterates that Klopp seems to have changed his stance on having the ability and more importantly spending power to sign world class players.

Brennan touches on the fact that Klopp was once critical of Manchester United signing Paul Pogba, hinting that the German has now changed his tune after recent captures of players like Virgil van Dijk, Allison, Fabinho and Naby Keita.

The article also suggests that Pep Guardiola has always had a contrary stance, being completely open and honest with the fact that the Citizens have literally spared no cost to deliver him with the players he’d like. 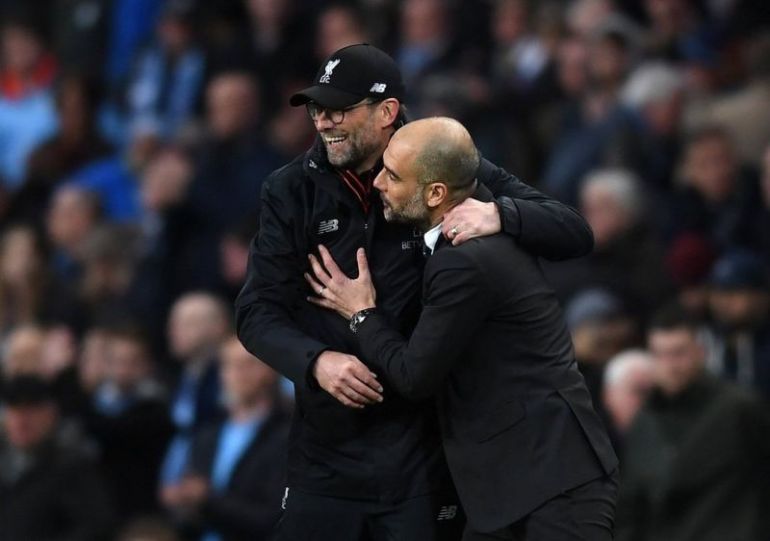 Who is the better manager, Jurgen Klopp or Pep Guardiola?

Here’s what Guardiola had to say on his fortunate position this week:

“I’m a good manager, but not the best. Give me a team not like Manchester City and I’m not going to win.”

Are Guardiola’s ever-so humble comments spot on, and more importantly does this suggest that Liverpool followed City’s blueprint in order to achieve success?

On the other hand, is this argument just far too simple to accurately judge Liverpool’s rise to the top recently?

You’d think that it’s fairly obvious that a top team would have to spend a similar amount to their rivals – in order to beat them.