In an interview with Sky Sports News, Liverpool left-back Andy Robertson has expressed that teammate Jordan Henderson is the ‘leading candidate’ to win the Premier League’s Player of the Year award.

Robertson adds that Henderson has ‘driven’ Liverpool forward at difficult times during the season, the Scotsman also hailed the England international as a ‘fantastic’ player, role model and captain.

The 29-year-old may well be a surprise contender for the prestigious award to some fans, but his hard work and dedication have clearly been key to the Reds building a 22-point lead at the top of the table.

Henderson has been with the Reds for eight-and-a-half-years, it’s great to see that the central midfielder has stuck at it after a difficult start with the Merseyside outfit following his big move from Sunderland. 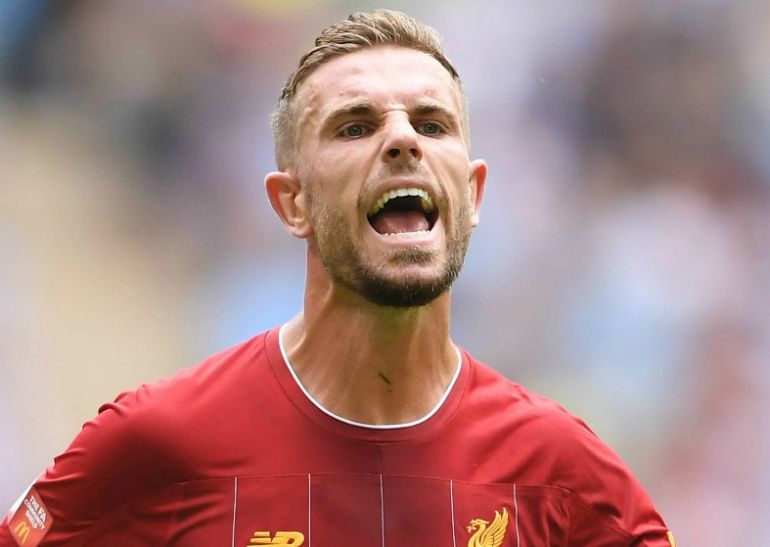 Henderson has been exceptional for Liverpool this season.

Here’s what Robertson had to say on Liverpool’s midfield general:

“For me, I think he’s the leading candidate [for player of the year],”

“At times this season when we’ve struggled Hendo has been the one that has driven us forward.”

“Maybe his performances at the start of the season went a little bit under the radar, but as the season has progressed he’s not really had a bad game.”

“You really appreciate him when you train with him every day and in this country he’s not been appreciated enough in his character.”

“He’s getting the recognition he deserves because he is a fantastic player, a fantastic role model and a fantastic captain. He’s driven us to three points at times this season when we’ve struggled.”

Considering Liverpool’s phenomenal performances this season, it’s only right that one of Jurgen Klopp’s men is awarded the honour of Player of the Year.

If Robertson – a key player in a side that includes the likes of Virgil van Dijk, Mohamed Salah, Sadio Mane and Roberto Firmino – believes that Henderson is ‘leading candidate’ for the award, who are we to disagree?

Henderson has featured in all but one of Liverpool’s 25 top-flight fixtures this season.