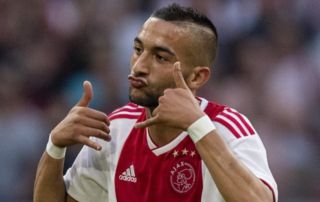 Ajax midfielder Donny van de Beek has responded to the Hakim Ziyech transfer news as it emerges he’s heading for a summer move to Chelsea.

The Morocco international has been a stand-out performer for Ajax in recent times, shining in particular as they reached the Champions League semi-finals last season after surprise wins over big names like Real Madrid and Juventus.

Ziyech now looks like becoming an exciting addition for Chelsea, with Ajax confirming today on their official site that a deal is in place for the 26-year-old to move to Stamford Bridge next season.

Van de Beek is another of Ajax’s impressive players, and he’s recently been linked with a possible move to Manchester United by the Manchester Evening News.

With Matthijs de Ligt and Frenkie de Jong leaving the Amsterdam giants for respective moves to Juventus and Barcelona last summer, it would not be surprising if Van de Beek were the next to follow them and Ziyech out of the club and to a top side in Europe or the Premier League.

Speaking about Ziyech’s move to Chelsea, it’s clear Van de Beek rates the Blues highly, which should perhaps worry Man Utd if they end up facing competition for him from their rivals. 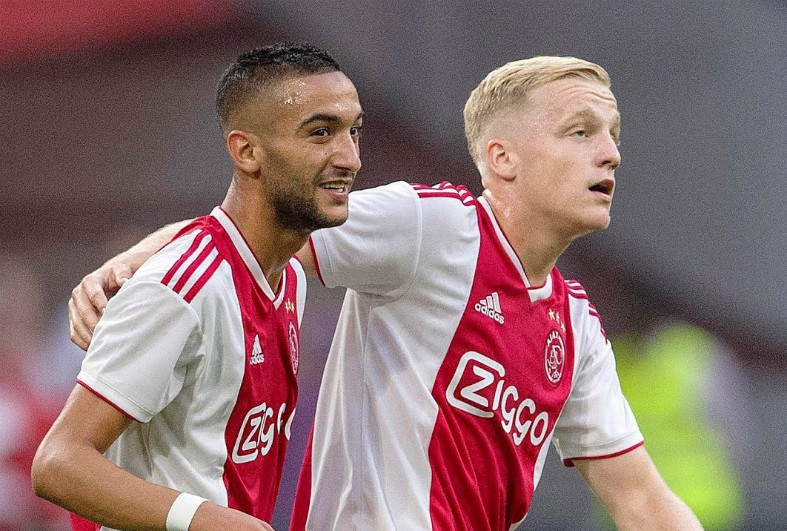 Discussing the move, he told VoetbalPrimeur, as translated by the Metro: “Yes, if I hear all the reports, I will assume that it is already far. I do not know if it is completely finished. I wish him everything and I hope he will do very well there.

“It is a step he deserves in my opinion. It is a fantastic football player, so I am confident that he will do well.”

He added: “I think it’s a very nice club with a lot of young players that can grow. I think Hakim will certainly be in place. Everyone of course has their opinion about that, but I think it’s a nice club for him.”

Both United and Chelsea have had slightly disappointing seasons by their high standards, and both could no doubt do with strengthening further in the summer.

Van de Beek is a quality attacking midfielder who would surely strengthen both sides, so it will be interesting to see where he ends up if he does make what seems a likely big move away in the near future.