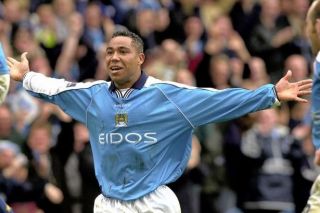 Former Man City and Sunderland midfielder Jeff Whitley has opened up about his hell during his addiction to cocaine which almost cost him everything.

The 41-year-old came through the ranks at City and went on to make over 100 appearances for the club before spells with Wrexham, Notts County, Sunderland, Cardiff City and Stoke City.

However, he has now spoken about events off the pitch and has specifically revealed all about a bender he went on in 2007 which made him realise that he had to get his life together.

“I caught a glimpse of myself in the mirror and thought, ‘I don’t know who that guy is.’ I’d completely lost myself,” he told SunSport. “The lies, the deceit, the way I spoke to people – you wouldn’t treat those that love you the way addicts can.

“I stayed at my friend Tommy’s house for a couple of days detoxing and then plucked up the courage to phone my brother [former footballer Jim Whitley].

“I remember him and I in tears in the kitchen, because it’s heartbreaking for families. They’re the ones who can see you’re killing yourself.

“There’s this ripple effect of people who are getting hurt through your actions and they can’t do anything apart from look after themselves. That’s my biggest regret.

“When you’re young and you’ve got a few quid in your pocket, it can be quite exciting and highly addictive. But you go from being super confident and chatty to wanting to be on your own in complete isolation.”

Fortunately, Whitley was able to get his life back on track and he now helps the PFA in their Wellbeing department as he looks to use his experiences to help others avoid a similar path.