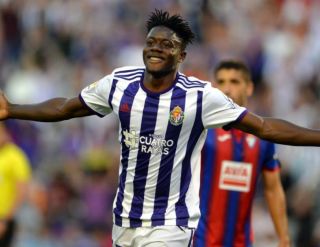 With a distinct lack of incoming transfers at Manchester United during the January transfer window still a bone of contention, the Red Devils are already planning which targets to go for in the summer.

One of those is Real Valladolid’s 20-year-old defender, Mohammed Salisu, according to Spanish daily AS.

The Ghanaian centre-back has played well throughout the current campaign, and his excellence in the role has also caught the eye of Real Madrid and neighbours, Atletico.

Aside from the fixture against Barcelona, the youngster has started every match for Valladolid, in a season where he was expected to play for the reserve side, but was handed a debut after injuries to Federico Barba and Javi Sanchez.

He’s never looked back, and it’s seen his stock, and transfer value, sky-rocket.

With a release clause set at a paltry 12 million euros, acquiring his signature is well within United’s budget, and it remains to be seen if they follow up any initial interest.