Sometimes you just get a sense that a certain day will be looked back upon as a major turning point in a club’s history.

It’s been a bit of a down year for Man City with Liverpool storming to the league title, but it still felt like Pep Guardiola might stick around to take the club through a rebuilding period.

That might change now, with The Guardian confirming that they had been banned from the Champions League for two seasons, while further reports have just emerged which suggest they could face a points deduction in the league:

You could argue that the deduction won’t matter at all to City, they aren’t going to win the league and their final position is irrelevant if they don’t qualify for Europe anyway.

The problem is that it could all combine to lead Pep Guardiola to pushing for a move away from the club, and a report from Forbes has suggested that Juventus could make an approach to take him to Italy.

The job at City is a tough one, it looks like David Silva and Sergio Aguero will need replacing soon, while the defence is poor and they might struggle to attract big names after this. 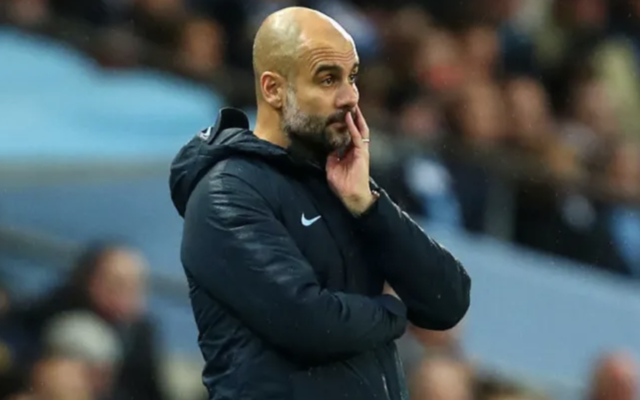 Is this the right time to leave?

It’s also worth noting that Pep has now managed in Spain, England and Germany, so Serie A is the only major league missing from that resume.

The report suggests that Juve might need to come up with a $31m package to lure Pep to Turin, but it’s easier to see that happening after today’s events.