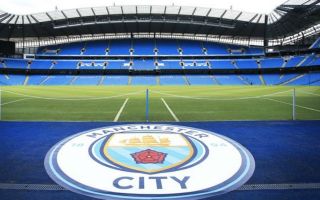 Manchester City’s players could leave the club for nothing according to a top sports lawyer.

This comes just after City’s ban by UEFA, which entails that the club will not be allowed to take part in UEFA competitions for the next two seasons.

Now, as per reports in the Sun, City’s players could leave as free agents because the club have fundamentally breached their contracts.

According to John Mehrzad, a top lawyer who represents players, agents, managers and clubs, City’s players could leave the club for breaching their players ‘trust and confidence’. This applies to Pep Guardiola and his coaches as well.

As mentioned in The Sun, tweeting a statement on twitter about the situation, Mehrzad said, “City arguably has fundamentally breached their contracts, entitling them to walk out of the club or seek improved financial terms to stay.

“City players could contend that their player contracts have been fundamentally undermined – and resign in response, effectively becoming free agents.”

“Their agents can now demand hefty guaranteed payments/renegotiated contracts for players to stay.” he added.

Analysis in thread below applies – except ‘just cause’ (player specific) – to Pep’s and his assistants’ contracts too: ie subject to CAS outcome, City arguably has fundamentally breached their contracts, entitling them to walk out of club or seek improved financial terms to stay: https://t.co/fIXbMf1Q4M

City now face the cumbersome task of holding on to their best players and staff following UEFA’s ban, while they’ll hope that their appeal with the Court of Arbitration for Sport is successful to have the decision overturned or at the very least reduced to help them deal with the situation.