The football world has been rocked after UEFA decided to ban Manchester City from the Champions League.

As per Sky News, Pep Guardiola’s side have been handed a two-season ban from UEFA’s club competitions following ‘serious breaches’ of financial fair play regulations.

Mourinho jokingly asked if City’s Premier League title in 2018 would be awarded to the team that finished second following City’s infringements.

The Portuguese boss led the Red Devils to a second-placed finish in the 2017-18 season, with his side finishing 19 points off Pep Guardiola’s side. 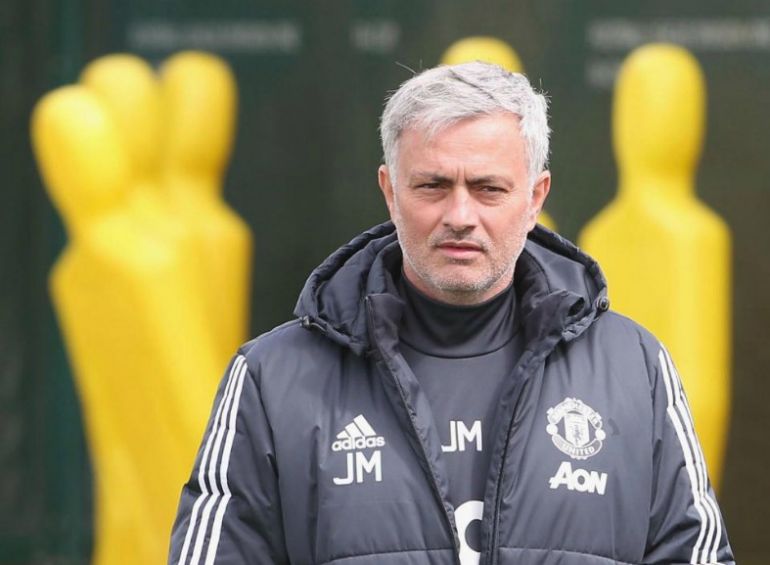 Should Manchester United be awarded the 2018 PL title after City’s apparent foul play?

Here are Mourinho’s thoughts on Man City’s situation below:

“My view is that I didn’t lose one single minute analysing what UEFA and FIFA, they have to analyse.”

“If I go into that, I have to ask if the team that finished second in 2018 is going to be champions, yes or no?”

“That would be interesting but joking apart, I just wait calmly. Fourth or fifth, I just think about doing the best we can.”

The MailOnline report that the Premier League are conducting their own investigation into City, however this appears to only be for the period of 2012-2016.

This will come as a blow to some Manchester United supporters that may’ve been hoping to add a 21st domestic top-flight title to their trophy cabinet.