One Manchester United fan has put a deluded Gooner back in his place with a hilarious put-down on Twitter.

Following Manchester City being handed a potential two-year ban from European football, one well known Arsenal fan account tweeted jokingly about Arsene Wenger’s role in the punishment after his recent move to FIFA.

While this is surely intended as a tongue-in-cheek comment, it does still expose a rather embarrassing mentality among Gunners supporters.

Tweeting “1 down, 5 to go” suggests Arsenal are a lot closer to the top than they actually are, as this Man Utd fan points out… 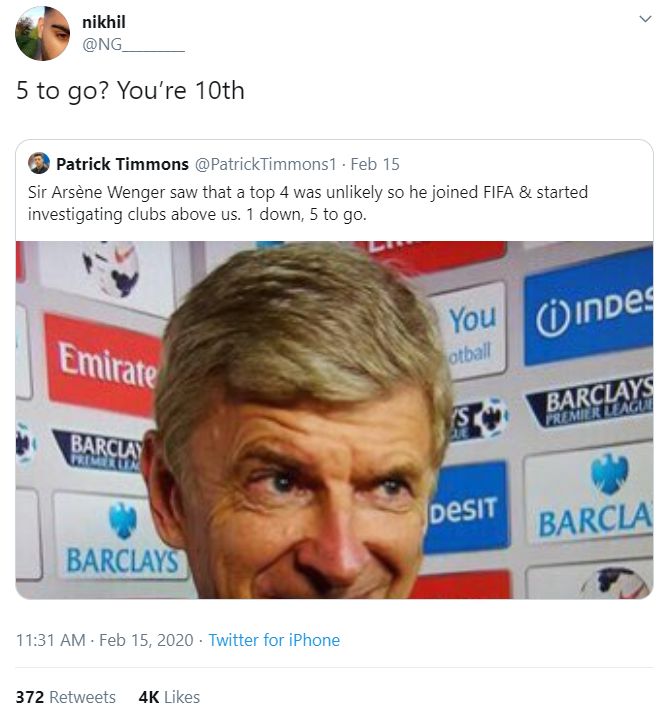 Of course, it’s actually worse than that.

But the point still stands!