The news that Manchester City have been banned from the next two seasons of the Champions League, fined €30m and potentially handed a Premier League points deduction to boot, will surely have hit Pep Guardiola and his players like a hammer blow.

Though City admitted, via a club statement, that they weren’t surprised by the decision, their alleged abuse of Financial Fair Play make it hard for the club to put forward a case to the Court of Arbitration for Sport (CAS) which would result in the overturning of any decision upon appeal.

MORE: Man City players could leave club for nothing according to top lawyer

Given that it could take months before any appeal is heard and decision reached in any event, things are likely to continue ‘as normal’ for the time being.

However, an expectation that Guardiola was brought in to help secure the Champions League as much as anything else, means that the UEFA ruling does raise question marks as to his further commitment to the project.

City remain in this year’s competition and have as good a chance as any other team of lifting the trophy at this point. Were they to do so, it would allow the former Barcelona coach to walk away with his head high. Job done, and all that.

If Pep was unable to galvanise his troops sufficiently well enough to win it this season, then the thought of not being able to compete at the very highest level of European football for another two years is likely to be enough to see him go this summer, whatever his protestations may be to the contrary. 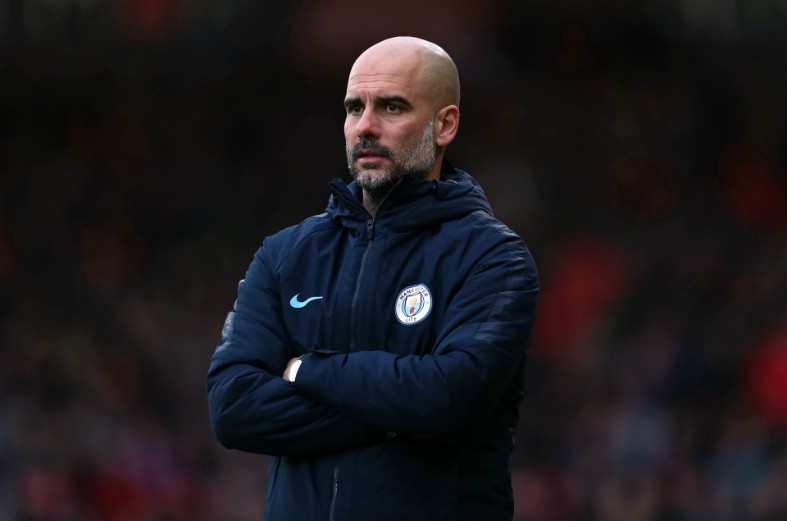 With former club Barca in all sorts of turmoil on and off the pitch, even though Quique Setien has steadied the ship somewhat on the playing side, there remains an opportunity for a return to the Camp Nou, and the chance to link up again with Lionel Messi in the last knockings of his playing career.

Such a move will unquestionably find favour amongst a notoriously demanding Barcelona fan base, and to engineer another tilt at the Champions League as part of Messi’s swansong would be poetic for Guardiola.

There’s an awful lot of hoops to jump through before such a scenario may happen of course, but one can never say never in football.